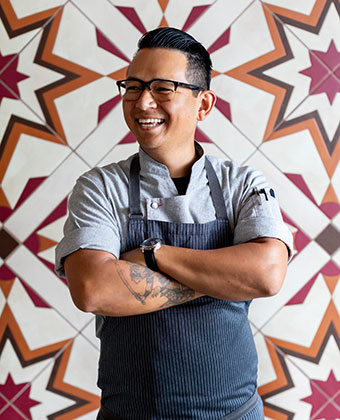 < Back to Finch and Fork

For Peter Cham, his passion for cooking began at an early age. Helping his Cambodian grandmother in the kitchen became the cornerstone in cultivating his dream of becoming a Chef. What started out as the simple joys of picking herbs, steaming rice, and smashing garlic from its skin, gave Chef Peter the ability to join the two things he valued most in the world – food and family. Chef Peter’s first stop began at the Culinary Arts program at City College of San Francisco. He spent several years at various Bay Area restaurants including Radius, Coi, Quince and The Fifth Floor, along with a stint on the East Coast under Chef Matthew Gaudet (2013 Food + Wine’s Best New Chef) at West Bridge. It was only a matter of time before he returned to his beloved hometown of Santa Barbara in 2015, as Chef de Cuisine at Hungry Cat, building long lasting relationships with local farmers and fishermen to offer fresh and seasonal fare. Chef Peter joined the team at Finch & Fork to personalize his take on seasonal California cooking, melding both classic and modern approaches. 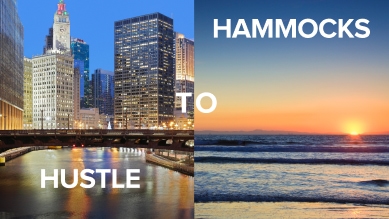 Earn IHG® Rewards points at our 6000+ hotels, from Chicago to Huntington Beach, and redeem by doing what you love: shop favorite brands, book real experiences, and stay anywhere.